Awaken Your Inner Goddess & Connect to the Divine Feminine

The world has been waiting for YOU. She needs you to awaken and embody your Feminine Power. Our planet is calling for a transformation that only awakened women can provide with our innate knowing, intuition and guidance.

I can help you develop the tools & techniques so you can align with the Divine Feminine, embody that power and live authentically.

My name is Shakti. I've been on a spiritual path for 30 years. It has taken me across the world and back, through Bali, India, Israel, Peru, the U.S. and Europe. I've studied intensely with my guru, Ma Jaya as well as with teachers, rinpoches and shaman. Now I'm ready to share my practice with you. And to offer this program to a select group of women.

If the answer is YES! I'd like to invite you to join our community of awakening women.

SAVE MY SPOT NOW

Registration is LIMITED to 16!

Join a sisterhood of kindred spirits.

Get the tools AND support you need to be a change agent.

Transform yourself AND the world.

Want to know more? Watch this...

Goddess Guidance is for you if...

Ready to Harness the Divine Feminine?

Discover how to make your body a holy vessel. Techniques to purify your body, mind and spirit.

Journey within, clear out what no longer serves you.

Learn specifics about the world's goddesses and how to access their power.

Uncover the goddess speaking directly to you! Connect with her through worship.

Receive tools, techniques and guidance to individualize your relationship with yourself and your inner goddess.

Discover how to access the goddess with tools to clear away negativity.

Goddess in the World

Receive strategies for shining the sacred light into every aspect of your life.

Undergo rites to hold and embody the sacred divine.

In addition to our 75-minute weekly group calls, you have 2 one-on-one sessions with Shakti.

Isn't it time you invested in YOU?

What people are saying about Shakti 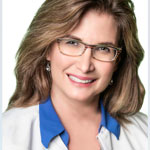 "Every time I work with Shakti, I experience a new level of freedom and clarity. She provides rapid access to clearing the things that are blocking me to have the success and satisfaction I’m working towards. She offers a safe space to be honest and always listens to my higher self. No matter what I’m going through Shakti interacts with me as if I am magnificent and not broken. She sees what’s best in me as opposed to wanting to fix what’s wrong with me. From day one, Shakti has seen me for who I really am. It is a rare thing to have anyone in your life recognize and listen for the best version of you. There are few people awake enough in the world who can do that and Shakti is one of them."

"Shakti's classes are always engaging and full of content that I can immediately use in my life. She makes spiritual things accessible which is so helpful and I really appreciate how she connects the head and the heart. I’ve never enjoyed working with someone as much as I do with Shakti…… she is an extremely gifted teacher that anyone could benefit from."

"Shakti's ability to channel the Mother and be a compassionate presence has been incredibly healing. I never feel judged or shamed by her. Quite the opposite, I feel seen, heard and loved. Just being in her presence of love and openness has allowed me to be and access my best self. I have recommended Shakti to many of my friends and they have never been disappointed by her depth, intuition and profound access to her divine self. I am so thankful that she has gifted my life."

Still not sure? Have I got a story for you...

After a 2-week trip to Israel in 1992, I seriously thought I'd become Jewish. I'd been reading about religion, studying different paths. I could feel the power in Jerusalem, that holy city and home to many sects. And I appreciated the thoughtfulness and commitment I'd seen around me. Judaism didn't seem comprised of a lot of dogma. I liked that Jews questioned things, sussed out belief and seemed more concerned about living a life in alignment with core values than preaching what to do.

Six years later, I finally met my guru, Ma Jaya. Who, as it turned out, was Jewish, had a visitation from Christ before becoming a devotee of the Hindu goddess Kali.

Since then, it's always been the Mother, in one incarnation or another- Laxmi, Kali, Durga, Isis, Brigit. And then, late in 2017, I had an embodiment experience with the Buddhist goddess, White Tara. Over the next year and a half, I've been integrating that, learning how to be the expression of loving presence and compassion.

She's told me it's time to share this journey with all of you.

Who, like me, are searching. Searching for truth and how to live in the world with an open heart, despite all the pain, how to define what spirituality means to you and truly live it.

So that's what this is all about, helping you become the container for the Mother. And, if I can do it, so can you.

So... ready to transform?

Want to know about Shakti? Check out her website